This week’s Fashion Monday is for the guys!

Bow ties are still all the rage for the gents, and Beau Ties offers various styles, colors and themes that make the perfect inclusion to your wedding.  And not to leave any fashion stone unturned, the boutique shop also offers neckties, men’s attire and accessories, as well as some treats for the ladies in the form of tote bags and scarves.

Neckwear is not a game, ladies.  Most aficionados feel about their ties the same way we feel about our shoes.  See? It just got real.  Bill Kenerson has created the ultimate neckwear resource with stylish and classic options.  Prints, colors, and textures truly run abound.  These would make great gift for groomsmen, a chic ring bearer or father of the bride/groom! 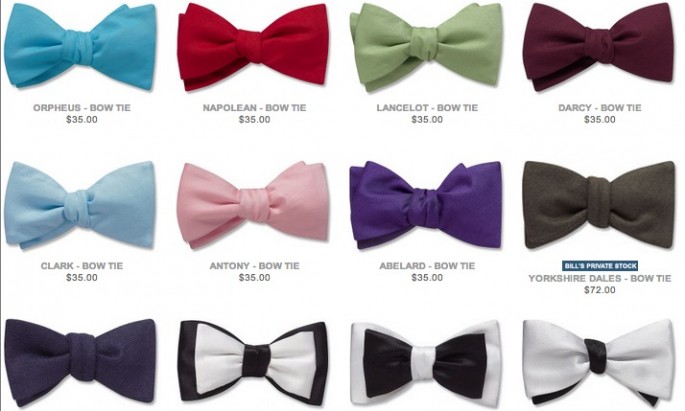 What makes Beau Ties so unique is that they offer several types of bow ties. That’s right– you’ve got Butterfly Jumbo, Slim Line, Slim Diamond Line, Very Slim Line and Very Slim Diamond Point.  So just think everything from Pee Wee Herman, Karl Lagerfeld and James Bond, with a lot in between. In other words, if you want a bow tie, Beau Ties has got you covered.