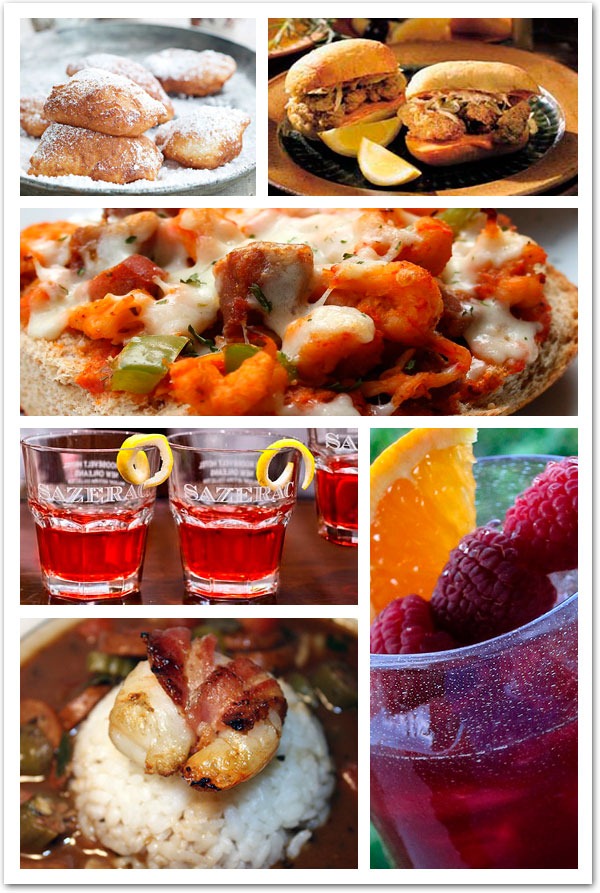 New Orleans is world-famous for its food. The indigenous cuisine is distinctive and influential. From centuries of amalgamation of local Creole, haute Creole, and New Orleans French cuisines, New Orleans food has developed. Local ingredients, French, Spanish, Italian, African, Native American, Cajun, and a hint of Cuban traditions combine to produce a truly unique and easily recognizable Louisiana flavor1.   But it is not just the flavors of Louisiana that makes it special, it is the soul and spirit behind it. I come from a family that has roots in Louisiana and this passed down from generation to generation. You show your love by feeding people good, hearty meals.  I laugh as I write this now, because it doesn’t matter when you walk into my parents’ house, my dad will say “You want something to eat?” (he makes a mean gumbo, by the way). 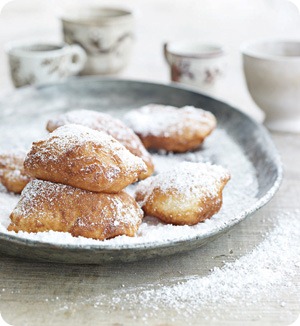 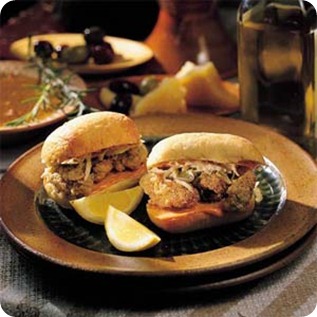 So when you ask your guests if they want something to eat, offer them unique specialties like  beignets (French doughnuts served with coffee and chicory, known as café au lait).  Oysters are an area favorite, and one way to get them with another favorite the Po’boy, above.   There is also absolutely no way anyone will let you leave New Orleans without trying a crawfish.  You can incorporate them into your cocktail hors d’oeuvres by offering  New Orleans French Bread Pizza – with Andouille Sausage, Crawfish and Provolone. 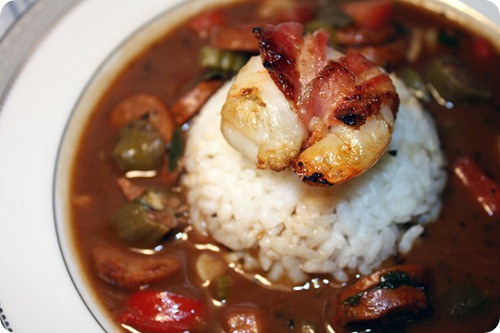 You can also serve “mini” version of New Orleans staples like étouffée, jambalaya, gumbo, and other Creole dishes.  The Monday favorite of red beans and rice (Louis Armstrong often signed his letters, “Red beans and ricely yours”).

But what about your drinks? 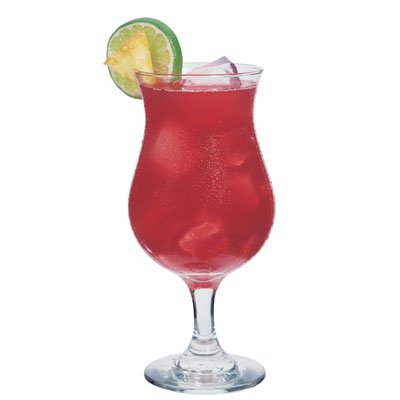 Well– everyone gets a Hurricane when they are in New Orleans.It’s an extremely sweet alcoholic drink made from lime juice, passion fruit syrup and rum.  Wikipedia says: “The creation of this passion fruit-colored relative of a Daiquiri drink is credited to New Orleans tavern owner Pat O’Brien. In the 1940s, he needed to create a new drink to help him get rid of all of the less popular rum that local distributors forced him to buy before he could get a few cases of more popular liquors such as scotch and whiskey.  He poured the concoction into hurricane-lamp-shaped glasses and gave it away to sailors. The drink caught on, and it has been a mainstay in the French Quarter ever since.” 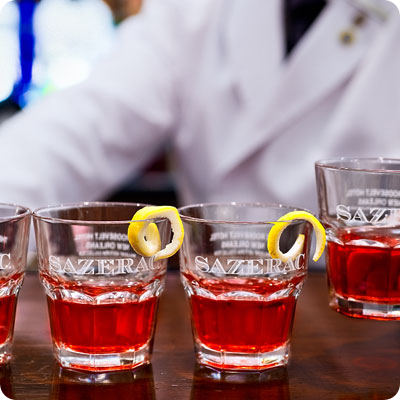 The official drink of New Orleans is the Sazerac.  It is said that “Hurricanes are for tourists, Sazeracs are for natives!” Of course, there is also the beautiful St. Charles Punch.  It’s just as rich as it is beautiful, so be prepared for robust flavor!

Arthur’s original instructions: “Dissolve the sugar with a little water in a mixing glass. Add the lemon juice, the port wine, the Cognac, and last the curaçao. Fill the glass with fine ice and jiggle with the bar spoon. Pour into a long thing glass, garnish with fruit, and serve with a straw. […] Don’t omit the straw; this drink demands long and deliberate sipping for consummate enjoyment.” 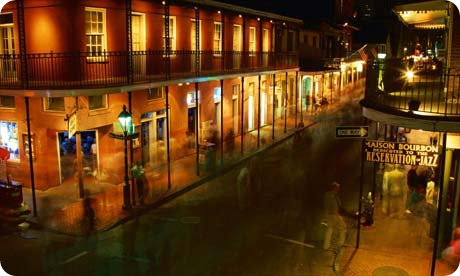 If you really want to go authentic, create a mock Bourbon Street—with stations featuring cocktails some of the best establishments on the avenue.   Each station can be an ode to the local bars, such as Pat O’Brien’s, Bourbon Pub, Napoleon House and other bars and restaurants.

With New Orleans being full of such color and flavor, there will be no drought on inspiration for you to draw upon for your cocktail hour for your wedding reception.  Stay tuned for Part  Deux for inspiration for décor and other elements